It is indeed an unfortunate reality during the traveling by car, train, plane, or boat that makes you queasy (motion sickness), but there is something you can do to stop motion sickness before it starts, you may actually be able to beat it.

It is indeed an unfortunate reality during the traveling by car, train, plane, or boat that makes you queasy (motion sickness), but there is something you can do to stop motion sickness before it starts, you may actually be able to beat it.Why some people get motion sickness and others don’t isn’t fully understood. Researchers believe it’s caused by incongruence in our body’s sensory systems. For instance, on a slow-moving cruise ship, your eyes may tell the brain you’re not moving at all, but the systems in your brain and inner ear that control balance and posture (vestibular and somatosensory systems) say, “Yes we are!” This mismatch confuses the brain and causes a variety of symptoms, including: Who is more likely have motion sickness ?

Some people are a little more likely to get it than others:

‘ Women, especially when they’re menstruating, pregnant, or on hormone therapy

‘ People who get migraines, especially when they have one

‘ People who take certain kinds of medications -- some antibiotics, narcotics, asthma medicines, antidepressants, and even common over-the-counter drugs like ibuprofen...

Motion sickness is a condition in which a disagreement exists between visually perceived movement and the vestibular system's sense of movement. ... Dizziness, fatigue and nausea are the most common symptoms of motion sickness. You certainly can take medications to help relieve these symptoms. But if you’d like to try overcoming motion sickness for good, here are some techniques. ‘ Choose the right seat. On an airplane, sit near the wing because it’s less turbulent there. In a car, drive or sit in the front seat as it’s better to be looking forward than watching out a side window. On boats, the middle area is the least rocky.

‘ Don’t read while travelling. Reading increases the conflict between what the eyes see and what the body feels.

‘ Focus on a fixed object or the horizon. This will give your brain a visual cue that matches the messages it’s receiving from the rest of your body.

‘ Take slow, deep breaths. The easiest way, many experts say that what makes motion sickness so bad is that it often comes with a lot of anxiety about getting more motion sick, which just results in feeling worse. If you are starting to feel motion sick, make sure you take slow, deep breaths in your nose and out of your mouth. Anxiety causes you to hyperventilate, which causes more saliva in your mouth. When nauseous, your body makes you salivate to prepare to vomit and stopping the salivation can make you feel less nauseous as well as less all-around sick or anxious.

‘ Massage acupuncture points. Try pressing on the inner forearm, two thumb-widths below the wrist, with your fingers when you start to feel motion sick. It’s believed that this acupressure point will relieve both nausea and motion sickness. Hold tightly for several minutes, and you should start to feel the symptoms subside.

‘ Take some motion sickness pills. One of the best ways to stop motion sickness once it starts is by using Motioneaze. BTW, Ginger is one of the best known natural cures for nausea. While ginger can’t treat all the symptoms of motion sickness, it can be a great way to stave off the nausea that often accompanies it. Try drinking a ginger tea or eating a ginger candy or cookie. If you have fresh ginger, that will work, too, and will help you keep going without feeling like you will throw up.

‘ Lie down and close your eyes. Reducing the amount of visual stimulus can also ease symptoms.

The last but important is, take some vomit bags in case get mess in your car, maybe this is the most insurance and effective.advice. 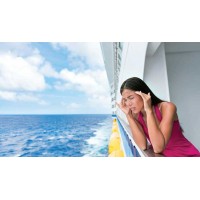 It is indeed an unfortunate reality during the traveling by car, train, plane, or boat that makes you queasy (motion sickness), but there is something you can do to stop motion sickness before it star..

8 Best Foods to Eat After Vomiting

Do not eat or drink anything for several hours after vomiting. Do not drink citrus juices or milk ... follow these instructions in order:.. 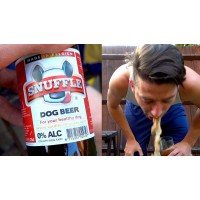 when vomiting a lot, it's critical to drink plenty of fluids to help prevent dehydration, here's a few ways to avoid in the first place --..